pH-1, also known as Park Jun-won, is a Korean-American rapper based in South Korea. After releasing his debut single ‘Wavy’, pH-1 was signed to record label H1GHR MUSIC, helmed by hip-hop star Jay Park. The up and rising rapper subsequently released his debut extended play “The Island Kid” in 2017 and took his career to a new high after his appearance on South Korea’s longest-running hip-hop competition, Show Me The Money 777. The TV programme took over the world by storm, generating hype and waves in the Korean rap culture scene while his popularity levitated through his impressive performance on the show.

pH-1 has collaborated with stars such as Jay Park, KANG DANIEL, TXT, UMI, RAMENGVRL and more. He was nominated for the Best Collaboration of the Year at the prestigious Korean Hip-hop Awards 2019. Being one of the rising rappers in the scene, he has recently dropped his self-produced, full-length album, “BUT FOR NOW LEAVE ME ALONE.”

pH-1 has set to take over the globe with his music across cities in North America, Europe and now Asia. Tickets to the show in several North American cities, including Los Angeles, Dallas, Toronto and Chicago are fully sold out. During this highly anticipated show, fans can not only catch pH-1’s vibrant catchy hits but also be blown away by his charismatic stage presence as he hypes the crowd with his melodic “singing-raps”.

Tickets will be available at RM488 for VIP (Standing), RM388 for Early Admission (Standing), RM328 for General Admission (Standing), RM 388 for CAT 1 (Reserved Seating) and RM 288 for CAT 2 (Reserved Seating) via All Access Asia on 16 January 2023, at 12pm. Exclusive VIP Box for a party of 8 is also available at RM 4,288. VIP ticket holders (including VIP Box) will enjoy closer proximity with pH-1 in their designated VIP zone, a group photo (10 pax / group) with the artiste and an artiste photocard, exclusive for his Asia tour.

On top of the Kuala Lumpur stop, IMC Live Global will also bring ‘About Damn Time’ world tour to Singapore and Bangkok in March 2023. For more information, connect with us on Facebook or Instagram @IMCLiveGlobal

For the latest concert information and updates, please visit https://www.facebook.com/IMCLIVEGlobal/

IMC Live Global is part of IMC Group Asia and is based in Singapore with offices in China, Japan, Malaysia and Thailand. The company is focused on creating and bringing top quality live experiences to a worldwide audience. In the past 15 years, IMC Live Global has promoted over 450 world-class shows for 5.5 million fans in 48 cities around the globe.

PrevTREASURE is performing in Malaysia for the first time!
[COVERAGE] Kang Daniel Made Grandiose Returns to Malaysia with 1,860 Altitude Solo ConcertNext 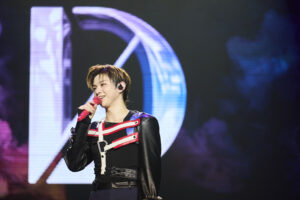 Inaugurating his first stop for ‘FIRST PARADE’ tour leg, the soloist warmed the hearts of 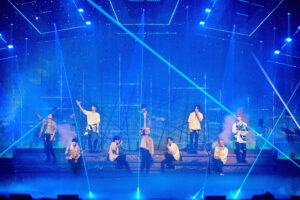 Fanclub Presales to be opened on 17th January and to the public on 18th January! 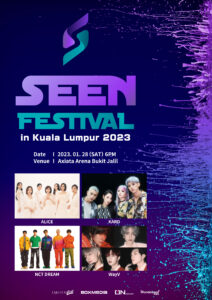 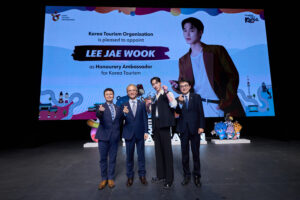 MyKpopHuntress - The most trusted source in Kpop events in Malaysia

Song Kang, the “Son of Netflix” is bound to bring his first fan meeting to Malaysia before his enlistment.